May 06, 2016
A French seam is a self-finishing kind of seam whereby all the raw edges are totally enclosed within the seam. It is a seam that is hardly used in mass manufactured clothing but used in high end garments and it can be easily achieved. Maybe you have even used this technique before without knowing what it is called. It is often used in sheer fabrics and light weight fabrics such as chiffon. You don’t want to use this in a fabric such as denim because of how bulky it will be. Our soon to be released pattern makes use of this seaming and finishing technique and here is a tutorial on it.

The French seam is sewn in two steps. To demonstrate this, I have used a total seam allowance of 5/8". 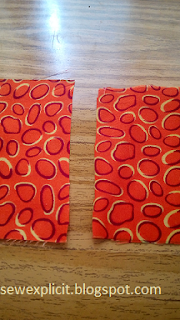 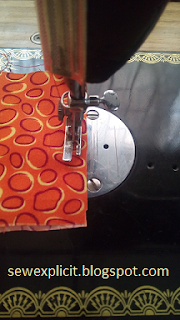 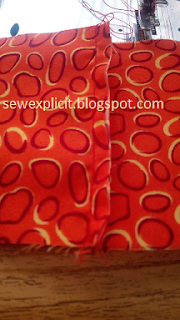 Turn to the correct side, with the right sides together now, sew another seam of 3/8". The first seam we sewed, would have been enclosed in the second one and the seams finishes as 3/8". the logic is that the first seam has to be narrower than the second seam so the raw edges don't peep out of the  second seam. 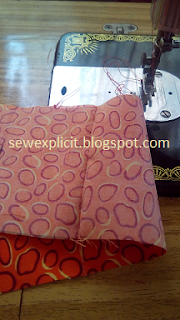 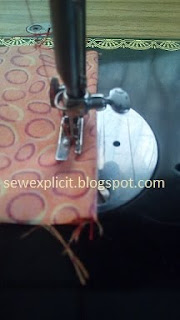 The finished seam as seen from the wrong side.... 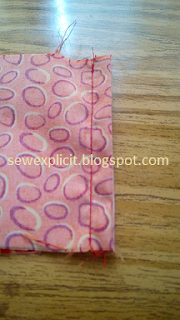 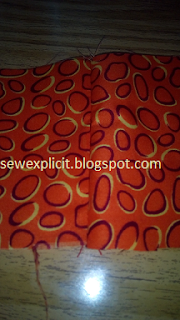 I have used 5/8" total seam allowance in this tutorial and in the forthcoming pattern for the sake of ease but total seam allowance could even be less. You can use a total of 3/8" whereby the first step will be 1/8" (though this could be hard to manage) and the second will be 1/4". You can also use a total seam allowance of 1/2". In this case, the first pass will be 1/4" which you will then trim to about 1/8" after which will sew the second pass with 1/4". I prefer to use either 3/8" or 5/8" total allowance so I can by-pass the trimming operation; these will finish as 1/4" and 3/8" seams respectively. French seams are meant to be narrow and dainty looking, so anything beyond a finished look of 3/8" isn't it.