September 03, 2016
The post today is on "bias facing". this is an edge finishing technique that is often wrongly described as "bias binding" which was treated in a previous post.
Using pre-made bias-binding tape. The bias tape here is and 1/2" single fold tape i.e it appears as half an inch on the roll but when opened up, it measures 1" with two fold lines, splitting it into 3 panels. This is the commonest type in Nigerian markets.

BIAS FACING IN THE FLAT
1.Working from the right-side of garment, align the edge of A-panel of the bias tape to the raw edge you want to bias face with right-sides of tape and garment facing each other.
Stitch along the fold line (approximately 1/4" seam). 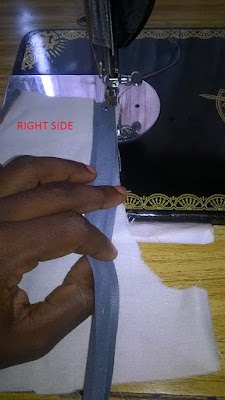 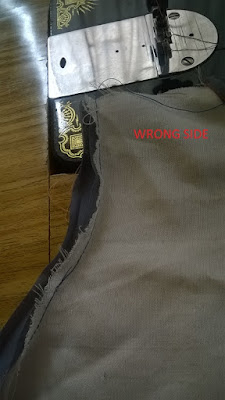 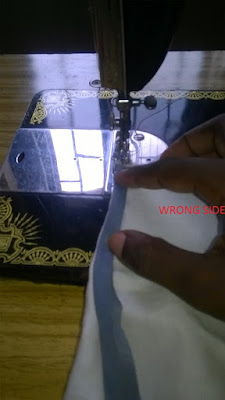 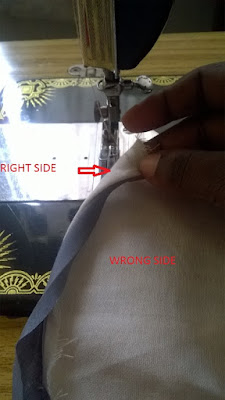 3. Fold-in and out of sight, the C-panel.
4. Press down with hand or iron.
5. Blind stitch the bias tape using hand stitches; or Top stitch from the wrong side*, stitching close to the inner fold line of the bias tape. You can also stitch a parallel line close to the outer edge of the bias tape-this will be good place to use twin needle if you have one.
*Top stitching implies you are stitching from the top or right-side of garment, but I somehow find it easier to do so from the wrong side where I can see the bias-tape. 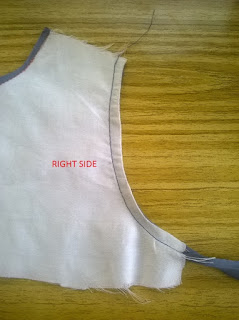 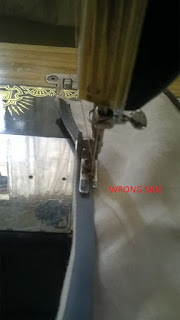 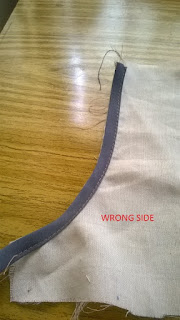 IN THE ROUND
1.Cut pre-made bias that is about 2 inches longer than the edge perimetre.
2.Select a starting point. You may want to avoid seam junctions to avoid bulk. 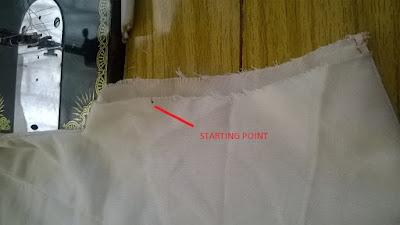 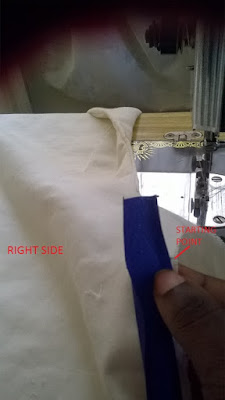 4.Start sewing on the fold line (about 1/4" sewing allowance) starting  about 1" away from the selected starting point. This will leave a length of about 2" of bias tape not sewn.
5.Continue sewing pretty much like "in the flat". Aligning the A-panel to the garment edge, sewing exactly on the fold line and being careful not to stretch the garment edge. Stop sewing about 1" to the "start point". 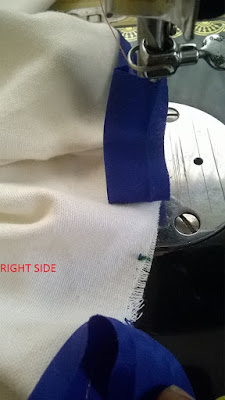 6.Using the excess as handles, determine the point where the tape ends meet at the chosen start point. You can nip to identify. 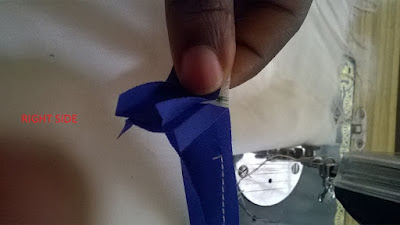 7.Join the tape ends at this point to form a loop of bias tape;
Trim the excess tape to sewing allowance of about 3/8".Note: Ensure that C-panel of the bias tape is folded up before joining. 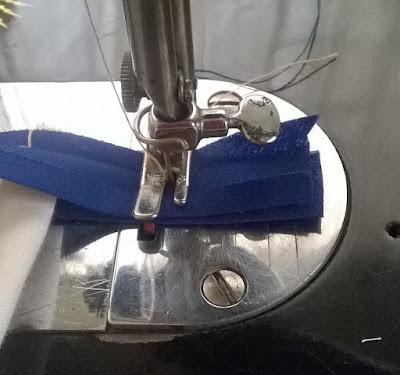 8.Join the bias tape to the garment the rest of the way (about 2 inches) 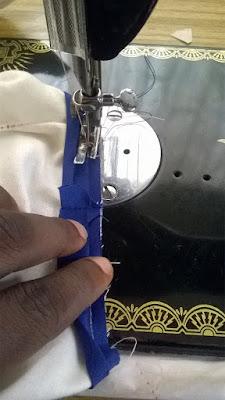 .Flip the bias tape completely to the wrong side and complete much like "in the flat" 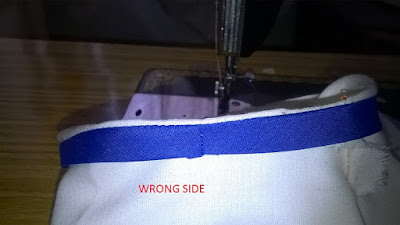 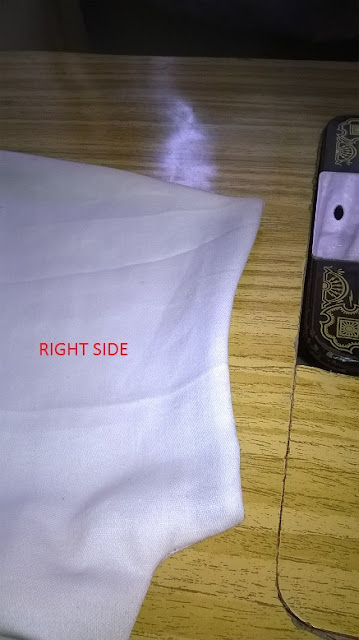 Note: you can also join the bias tape into a loop before joining to the garment but this will require accurate measuring.

that is it. In the next post, I will be sharing on how to use self made bias stripe to "bias face" edges. I also have a big announcement to make in the coming days, so please stay tuned. thanks for dropping by.
sewing techniques