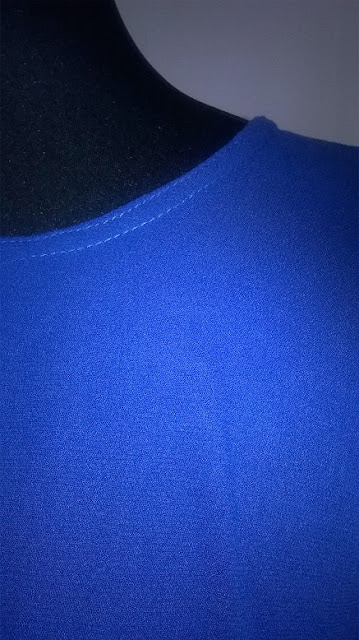 Hello all. this is the second post on Bias Facing. Here, self-made bias that is cut out of the shell/self/design fabric is used. This example only shows Bias Facing "in the round" since its basically the same thing as "in the flat". Please check previous posts here and here to understand what I mean by "in the round" and "in the flat".


1.Cut bias tape (using the calculated width above) that is about 2" longer than required, 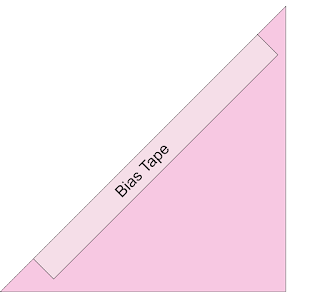 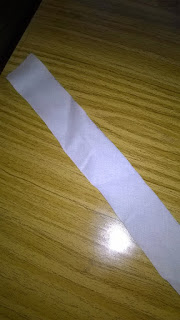 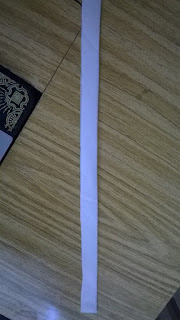 3. Select a starting point and mark. 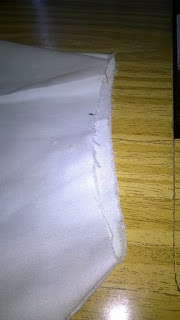 4. Align the raw edges of the bias tape to the edge of garment that you want to bias face, working from the right side of the garment. Place your bias 1" beyond the starting point and start sewing (using 1/4" seam allowance) about 2" away from the chosen starting point. 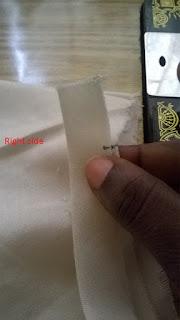 5. Continue sewing till you are about 2" from the chosen starting point. 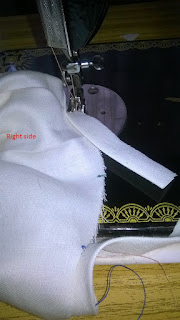 6. Figure out (as usual) where they meet, mark, then join the tape ends together as shown
Note: you have to open up the pressed fold to sew, then fold back after sewing. 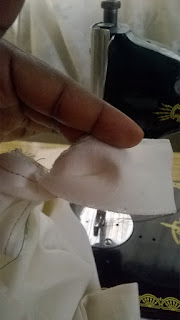 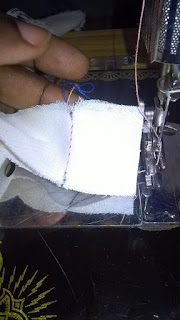 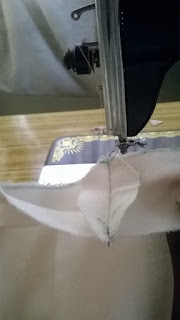 8. Fold back the bias tape and continue joining the tape to the garment i.e. the gap of about 4" we left not sewn.
At this stage, from the right side of garment we have what looks like a finished edge, like when you "Bias Band" an edge (note that I didn't say "Bias Bind") but you know we aren't done yet cos our business in this post is to "Bias Face" 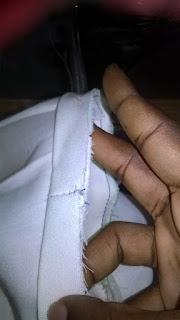 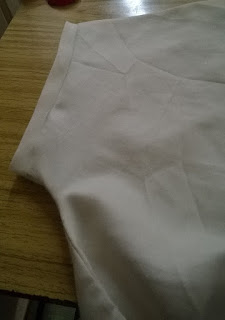 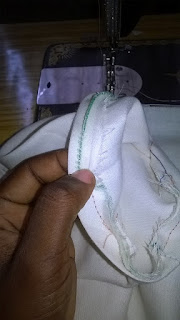 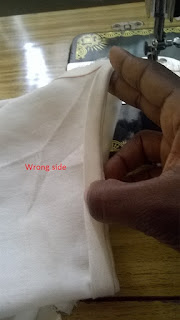 10. Secure the bias tape to the garment by blind stitching (invisible hemming) or top stitching. You could even do a double top stitch- a good place to use a twin needle if you have one. I do not have one and I have run my single needle twice in the muslin and blue fabric examples shown. 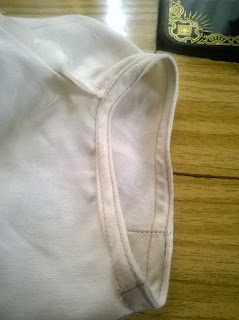 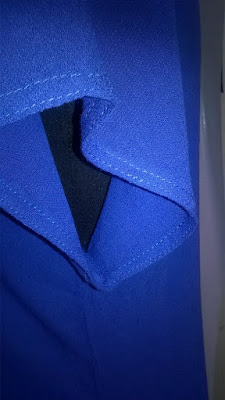 Bias Facing  with self-made Bias Tape is a technique that usually find in use in light weight to sheer fabrics such as the blue Georgette fabric- at the neckline, armholes, sleeve hem and sometimes the sweep. If nicely done and top stitched, it can elevate your garment up from that "tailor loran" look to something "RTW-ish".

Dear readers, I hope you have learnt one or two things from this post and previous posts. the next similar technique to look at is "Bias Banding" or just "Banding" when we don't use a bias tape. Banding is usually used in knit fabric garments such as Tee Shirts etc .Stay tuned.

PS: Did I mention that I have a facebook page. I am making a big (at least for me) announcement soon and you might want to follow the page to be the first to know:)